Get yourself a designated driver or a taxi! It's better than the alternative.

In order to encourage these arrangements, some licensees will offer free non-alcoholic drinks to designated drivers.

With endorsements from a broad range of individual's, TV shows and organisations the designated driver scheme quickly became an international movement.

The designated driver scheme has became increasingly popular in the UK with the help of celebrities such as Gary Lineker, Graeme La Saux and the help, support and promotion of the scheme by football clubs, radio stations, police, licensing offices and thousands of pubs, clubs and bars nationwide.

The basic concept of the scheme is simple: if you are going out with friends for a few drinks and are taking a car, make sure you nominate a non-drinking designated driver, a 'Des'. The 'Des' can be male or female, and certainly needn’t be the same person every time. 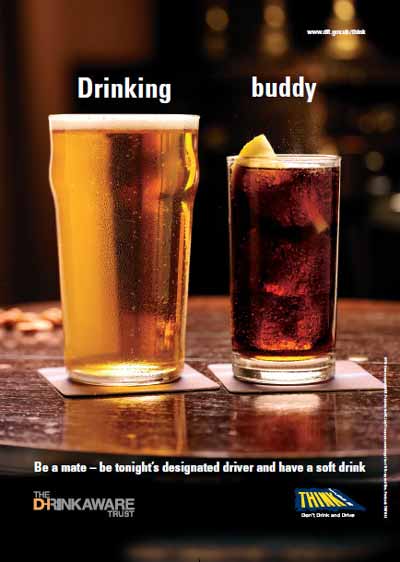