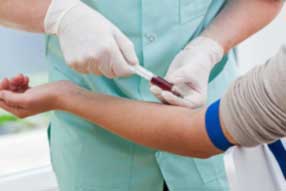 Convicted drink drivers who are classed as high risk offenders will be required to satisfy the DVLA of their fitness to drive by attending an independent medical examination with a DVLA appointed doctor before a driving licence will be issued to them upon expiration of their driving disqualification.

The DVLA medical will consist of an examination, a CDT blood test, a questionnaire and any other tests deemed relevant.

The DVLA should send any driver who is covered by the high risk offender scheme a D27 renewal form approximately 90 days before their driving disqualification ends.

You do not have to wait until you receive a D27 renewal form from the DVLA to start the process of re-applying for your driving licence and taking a medical as a high risk offender.

Renewal forms often arrive late and sometimes don’t arrive at all. If the DVLA are still making medical enquiries to ascertain your fitness to drive once your disqualification is over you will be unable to drive until the process is complete and they have deemed you fit to drive.

Complete the form and send it to the DVLA along with the appropriate fee (and an up to date photo if needed). Once the DVLA have received your application form they will contact you with details of a DVLA appointed doctor in your area. 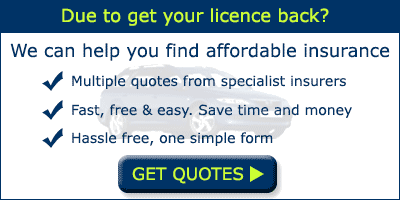 You will need to contact the DVLA appointed doctor yourself and book an appointment with them to take the DVLA medical assessment. There will be a separate fee payable to the appointed doctor for this which is usually payable on the day you take the medical.

The DVLA medical process can be a lengthy one for various reasons so it is crucial to send your application as soon as you can.

Many DVLA appointed doctors only do DVLA medical assessments on certain days of the week, the DVLA sometimes have a back log of applications to get through, paperwork can be misplaced and the DVLA may think it necessary to contact your GP for further information once they receive your medical assessment results.

All these factors and more can add to the length of time the medical assessment process can take. If the DVLA have not declared you fit to drive by the time your disqualification ends you will be unable to drive until they do so!! Send your application off as soon as possible!!

If the DVLA can make a decision based on the information provided including all relevant medical results they aim to make a decision on most cases within 15 working days.

If the DVLA need to investigate further and require more information from their medical advisors and/or your GP then they aim to make a decision on most cases within 90 working days.

This will be in addition to the time it takes for blood samples to be sent off for testing and analysis which should take no longer than a week or so.

You cannot driver under section 88 of the Road Traffic Act 1988 while awaiting the DVLA to assess your fitness to drive once your disqualification has ended if you were convicted and disqualified on or after 1st June 2013.

What does the DVLA medical assessment consist of?

The medical examination is designed to assess a drivers overall fitness to drive, with a focus on any past or present alcohol abuse, misuse or dependency problems.

High risk offenders will be required to provide a sample of blood, in some cases a urine sample (if there is any evidence of drug misuse or dependence) and undergo a brief physical medical examination that sometimes includes an eye test.

The DVLA appointed doctor will also perform a medical interview which will involve a series of questions that the high risk offender must answer.

The appointed doctor will take a sample of blood during your medical. This will be tested for the CDT (Carbohydrate Deficient Transferrin) biomarker.

Enter code DRINKDRIVING10 during checkout for 10% off

The CDT biomarker is reportedly more accurate with the percentage of false positives being relatively low compared to other biomarkers.

In a Department of Transport Study (Road Safety Research Report No. 104, 2010), CDT test results were able to identify drinking indicative of harmful or dependent alcohol intake significantly more accurate than other biomarkers.

The DVLA CDT test results will be assessed using a traffic light system of green, amber and red which will correspond to a range of %CDT cut off levels for licensing purposes.

For drivers with a history of alcohol dependence

A CDT level between 1.7% and 2.2% or more suggests recent excess alcohol intake.

For drivers with a history of alcohol misuse

A CDT level of up to 2.2% is acceptable as evidence of controlled drinking in someone with a previous history of alcohol misuse only. Otherwise the amber levels below would apply.

For drivers with no history of alcohol dependence or misuse

A CDT level of less than 2.2% or less is considered to be in the normal range. A person whose CDT level falls within this range is identified as consuming little or no alcohol and is compatible for licensing.

A CDT level between 2.3% and 2.9% is considered to be indicative of possible problematic alcohol consumption. A person whose CDT levels fall within this range is identified as someone who may drink to excess or binge drinks regularly and will trigger further enquiries with that persons general practitioner (GP) before a licensing decision is made.

A CDT level greater than 3% is considered to be indicative of alcohol consumption in a dependent manner. A person whose CDT levels fall within this range is identified as someone who is dependent on alcohol and a driving licence will be refused.

The %CDT cut off levels were up to date at the time of publishing although the medical advisory panel may review and change the cut off levels at any time.

Driving licence refusal due to alcohol dependence or misuse

If the driving licence application is refused then the high risk offender will be informed what they must do and any relevant time period before a driving licence may be issued.

If the refusal was due to alcohol misuse then a minimum period of six months controlled drinking or abstinence must be attained alongside normalisation of blood parameters.

If the refusal was due to alcohol dependence then a one year period free of alcohol problems must be attained and abstinence will normally be required alongside normalisation of blood parameters if relevant.

If a driving licence has been refused due to alcohol dependence or misuse then satisfactory medical reports from the high risk offenders own doctor(s) will usually be required and another DVLA medical will usually have to be undertaken.

In certain circumstances a temporary one, two or three year driving licence may be issued.

If this is the case then the high risk offender will have to submit to another DVLA medical examination after a one, two or three year period.

The responsibility for making the decision about whether or not a person should continue to drive is that of the Driver and Vehicle Licensing Agency (DVLA), with the doctor(s) acting only as a source of information and advice.

Assessing fitness to drive - a Guide for medical professionals

A high risk offender has the right to appeal to a magistrates court or to a sheriff court if they live in Scotland about any decision to withhold or revoke their driving licence by the DVLA.

High risk offenders are drivers who are convicted of repeated and/or serious drink driving offences.

High Risk Offenders are Drivers who:

Courts do not automatically inform a person that they are a high risk offender.